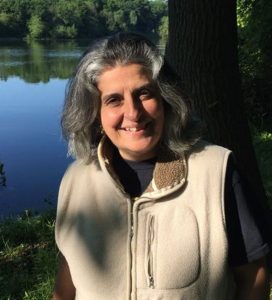 The rustic worldly culinary flair at the Lodge is led by Chef Widad “Wi” Mueller.

Guided by a passion for flavors derived from worldly-influences, Chef Wi adds unique twists to the Lodge’s dining room menu each week to create dishes that bring the world of food to the Keweenaw. She is known for developing dishes using simple ingredients in such a manner that exhibits the flavors from the dish’s country-of-origin. The dishes she has created with the KML team span all parts of the globe: Africa, Asia, Europe, Middle East, Central America, South America, and North America.

She is a chef, artisan, and watercolor artist, with worldly exposure. Her interests are reflected in the food (and paintings) that she creates. She loves pairing flavors of food that are vibrant, yet provide a balanced feel in one’s mouth. She is known for being able to use simple ingredients available to anyone and crafting them into diverse dishes from around the world. She does so while still balancing the flavors in the dish in such a manner that the trueness of the dish shines.

Widad was born and grew up in Lebanon, and has lived in Kuwait, South Africa, and the United States, and has travelled to various places in Europe, namely France and Italy. During her teenage and young adult years she experienced went through the civil war in Lebanon (1975 to 1990). The country was known as the “Switzerland of the Middle East”, where many people traveled to experience a diverse culture. As such, Widad was exposed to a wide array of European culture, but also experienced hardship because of the war. This is the basis for her wide understanding of worldly cultures and where she learned how to be resourceful with resources. As a result, she has developed a philosophy on being efficient with food and waste less — a philosophy she has instilled in the food and beverage operations at the Lodge. Her humble mindset and motherly demeanor allow the KML kitchen team to learn with her and blossom.

The global focus that she brings to the Lodge comes from her own experiences and worldly friends. She has lived in Kuwait City (Kuwait) and Cape Town (South Africa). In the United States, before coming to the Lodge, she has lived in the Midwest (Champaign, Kalamazoo), in the foothills of the Rocky Mountains (Longmont, Colorado), in the South (Louisville), in the Southwest (Austin), on the East Coast (Hobe Sound), and on the West Coast (Fresno). She now spends her time between Copper Harbor and Austin.

Widad found her food focus at a late age, after having worked in industries that were considered stable (banking and healthcare). While she lived in Louisville (Kentucky) she completed her culinary arts and baking & pastry arts studies at Sullivan University, in their College of Hospitality Studies. She learned how to cook in the French-colonized country of Lebanon. And with Sullivan’s program is based upon French-culinary techniques, she was provided a solid understanding of culinary techniques in both a formal and informal environment. She traveled to various locations in the USA during her tenure at Sullivan to learn more about how other places cook and bake.

Gelato gelato — as part of a trip to Italy in 2011, she was inspired to work on artisan gelato, where she spent several years with her company, Rollin’ Gelato. She will be bringing her gelato and sorbet acumen to the Lodge.

In her spare time, she enjoys to sit and paint. Watercolor is her preferred medium.

She spends her time in the Keweenaw, in Austin, in nature, and thinking about different flavors from around the world. She is married to John; who have two children, Martin and Naya.

Compass: Home » Dining » About the Chef