Northern Lights on the Keweenaw Peninsula

The Keweenaw Peninsula is one of the best places to see the northern lights in Michigan. The Northern edge of the peninsula runs along Lake Superior creating a natural viewscape across the water. The lights can appear just above the horizon and across the sky above you.

There is no official season for the northern lights because they are almost always present, day and night. The best time for increased geomagnetic activity seems to be during the Spring and Fall equinoxes. The lights are caused by charged particles from the sun hitting atoms in Earth’s atmosphere and releasing photons, it’s a process that happens constantly. The aurora display is based on the direction of the solar wind and how it collides with Earth. During the Spring and Fall equinoxes, in March and September, the position of the Earth’s axis, relative to the sun, puts it side-on to the solar wind. This can cause more interaction with charged particles along the Earth’s magnetic lines and create more aurora activity. 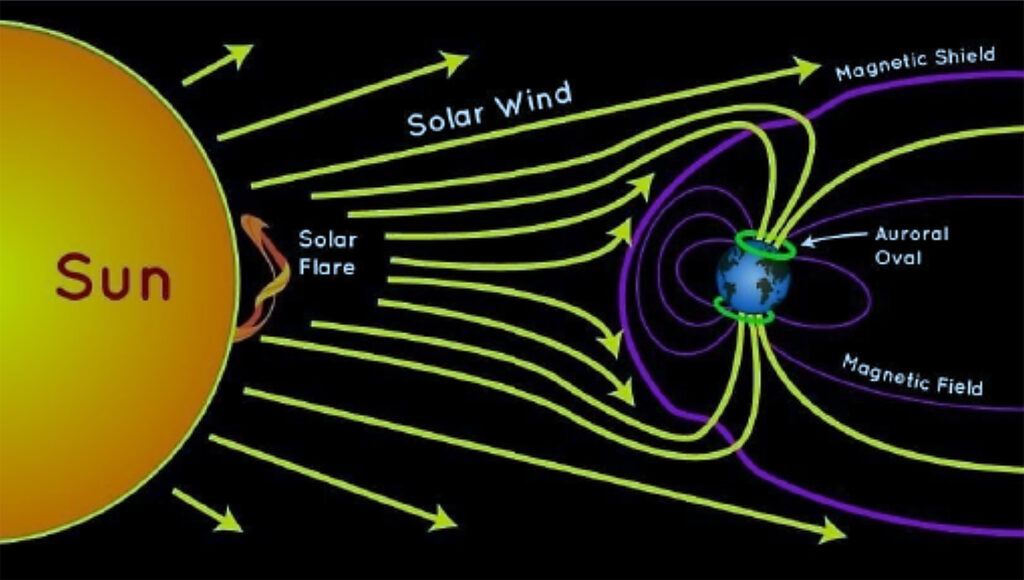 Solar winds produced by the sun send energy particles through the solar system which strike the Earth’s magnetic fields. When these particles collide with oxygen in the Earth’s atmosphere, they produce red or green lights when they collide with nitrogen, the light produced is green and purple.

One of the ways to measure the chances of seeing the Northern Lights is to check the Kp index. The Kp index is an excellent indicator of disturbances in the Earth’s magnetic field. Aurora storms have a scale of intensity from Kp1 to Kp9.  When a storm reaches KP5 it’s consider a minor magnetic storm. In the Upper Peninsula you can see KP4 storms and photograph them very well. A Higher Kp does not necessarily mean higher chance to see the lights. It simply corresponds to how strong geomagnetic activity is.

This link will take you to NOAA’s planetary K index which will give you an idea what kind of solar wind activity has been taking place.

There are also many apps available to use to check the Kp index and current or predicted conditions.

Please keep in mind that in Michigan, the northern lights might not be seen in color with the naked eye but as a white/grey area in the sky. With a strong solar storm you may see faint pale green and magenta colors. Vibrant photos taken of the northern lights usually have long exposures that absorb more light onto the sensors. These exposures, which are usually 15 seconds or more have more saturated colors. Using your cell phone with a long exposure night mode or a small tripod can create images similar to the ones created with digital SLR’s on a tripod.

If you are interested in learning more about photographing the northern lights please consider taking one of our Night Sky Photo Workshops.

A few suggestions  for trying to view the northern lights:

• Understand  the moon phases. The moon’s brightness will wash out the sky and make the aurora less visible. It is best to plan a trip around the new moon. Below is the current year (2022) New Moon Calendar.

• Go to a viewing area that faces directly North. This map shows roadside parks across the peninsula that are open to the public all night long. Please note that you are welcome to stargaze but camping is not permitted. 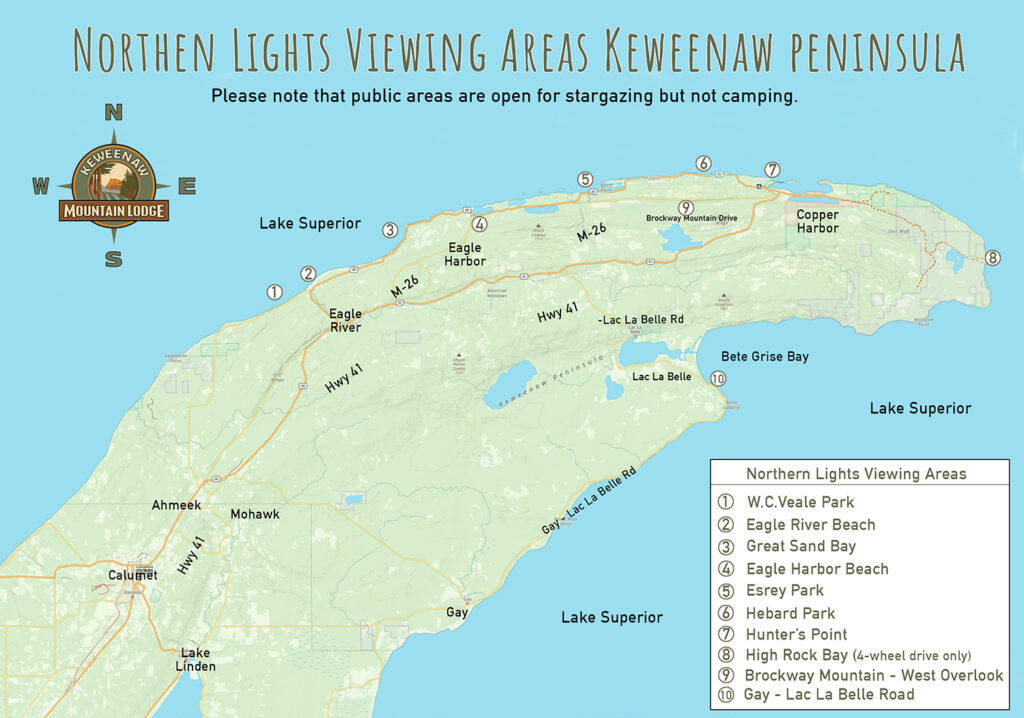 • Join the group Michigan Aurora Chasers group on Facebook. “Our goal is to help people in Michigan and surrounding areas find and photograph the Northern Lights. Read the pinned post to get started! Created on Jan. 20, 2021, we encourage sharing, connecting, asking questions, and working together to forecast this rare natural phenomenon.” – Administrators of Michigan Aurora Chasers.