Dawg Daze is an annual event  that celebrates winter, trails and dogs. The first Dawg Daze was held on February 2021. There were two events: a time trial skijoring race called the Perimeter Dog Derby that circumnavigated the Perimeter Loop, and the Costume Contest, which is a dog and human costume contest. Since then we have expanded the event to include several more fun activities.

The Perimeter Dog Derby is a 2.1 km skijoring race around our perimeter loop. Skijoring is a winter sport in which a person on skis is pulled by a horse, a dog (or dogs) or a motor vehicle. The race at the Mountain Lodge is a one human and one dog race. The rules are simple:

In the inaugural event in 2021 the Perimeter Dog Derby had eleven participants with times ranging from 7:11 to 15:58. Christine and Lolo had the winning time of 7:11 around the 2.1 km course. 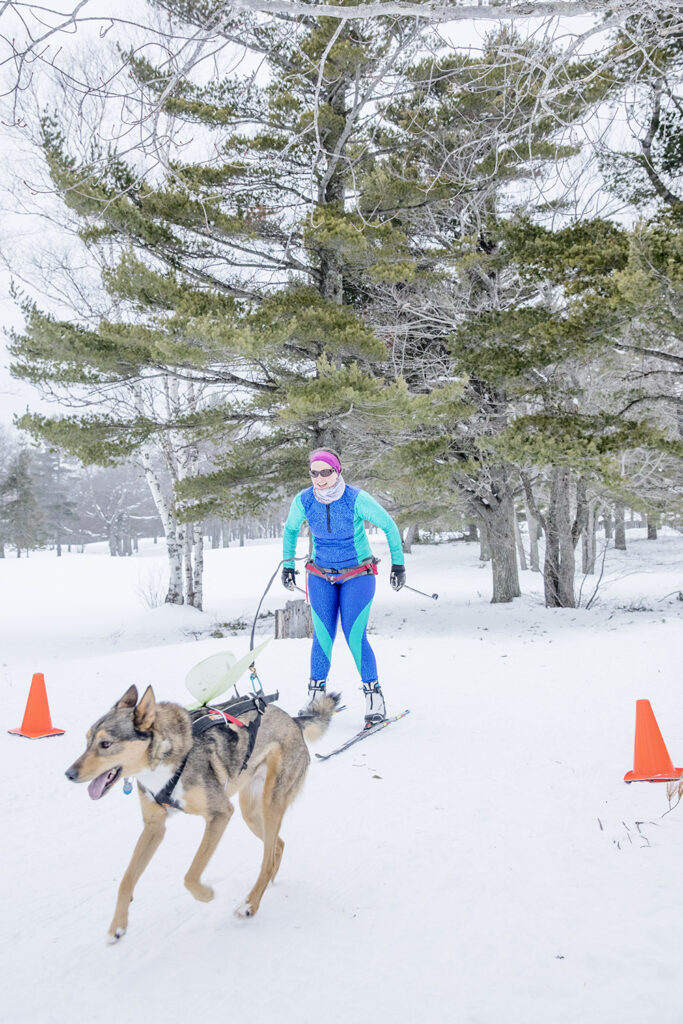 Christine and Lolo coming across the finish line in 2021

In 2021 the Costume Contest had 4 teams participate. Bella and Samantha took top prize with their Mardi Gras themed ensemble. 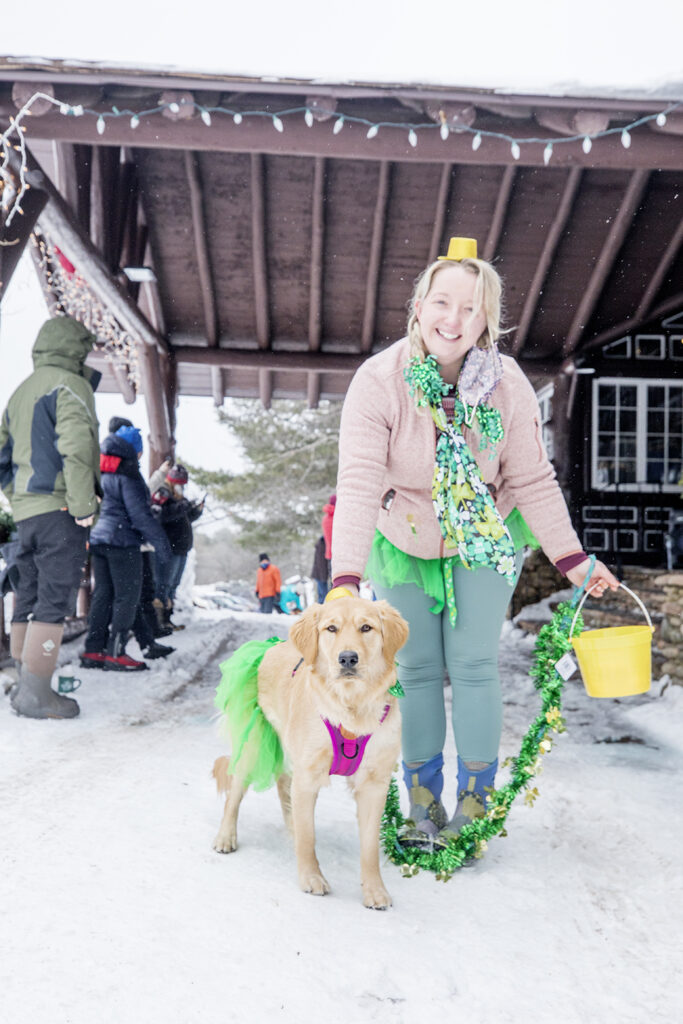 Our judges were Zoe, Ava and Kate, local children from Copper Harbor 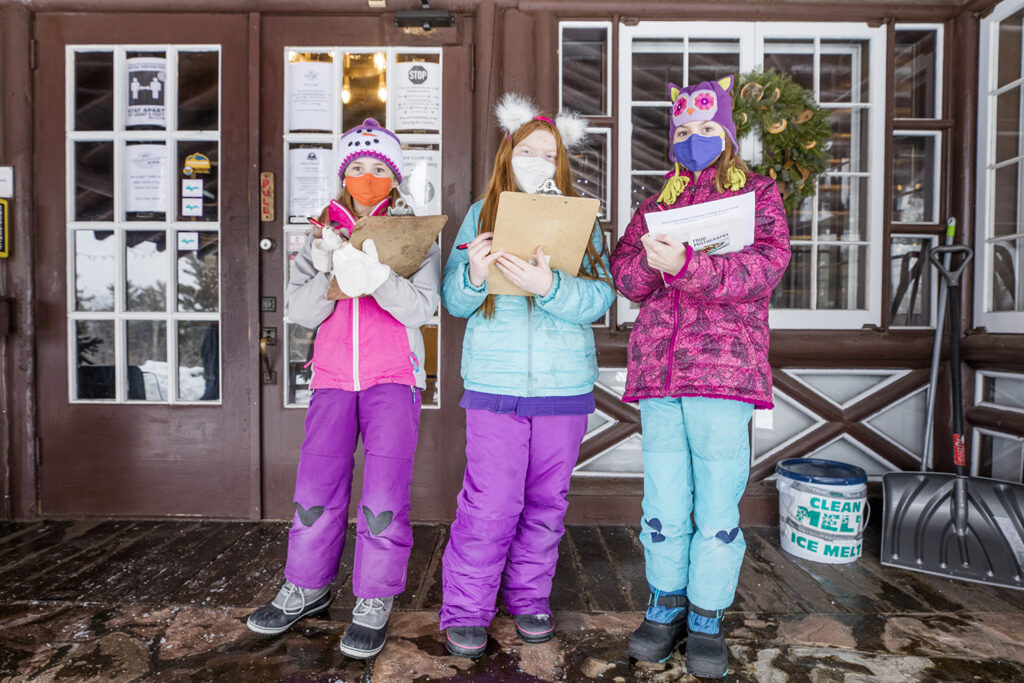 Dawg Daze is also a fundraiser for the Copper Country Humane Society (CCHC). The 2021 event raised $145, 8 cans of food, 3 bags of treats and a bag of sheets and blankets, all of which were donated to the CCHC. 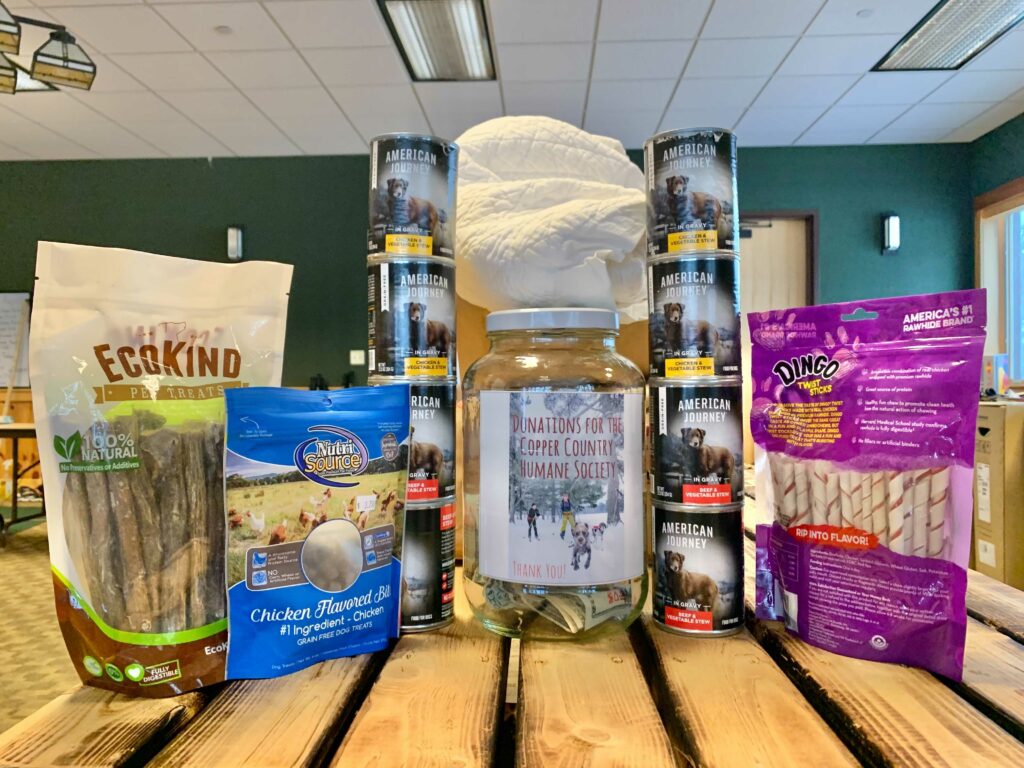 Instances of the Event