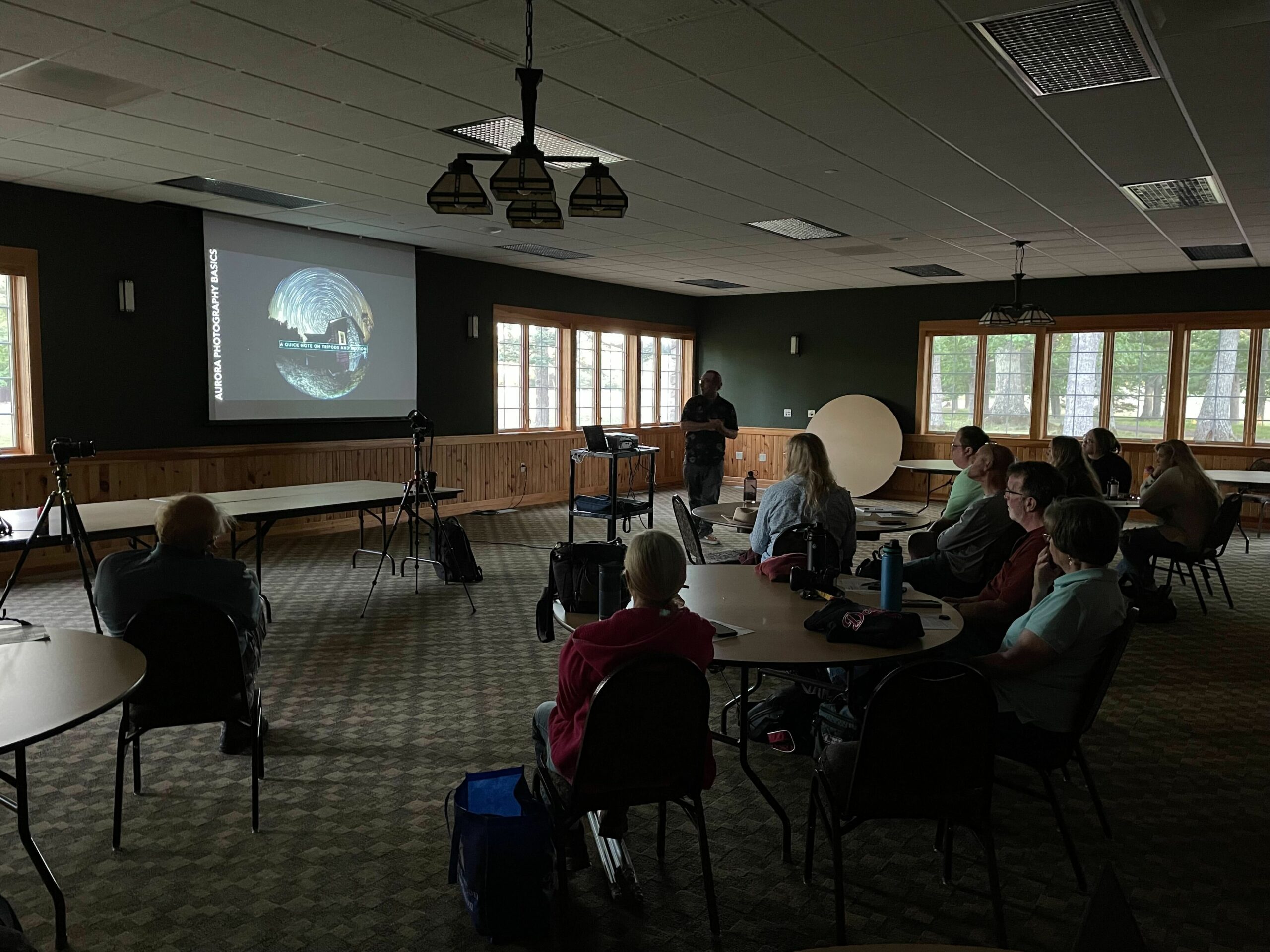 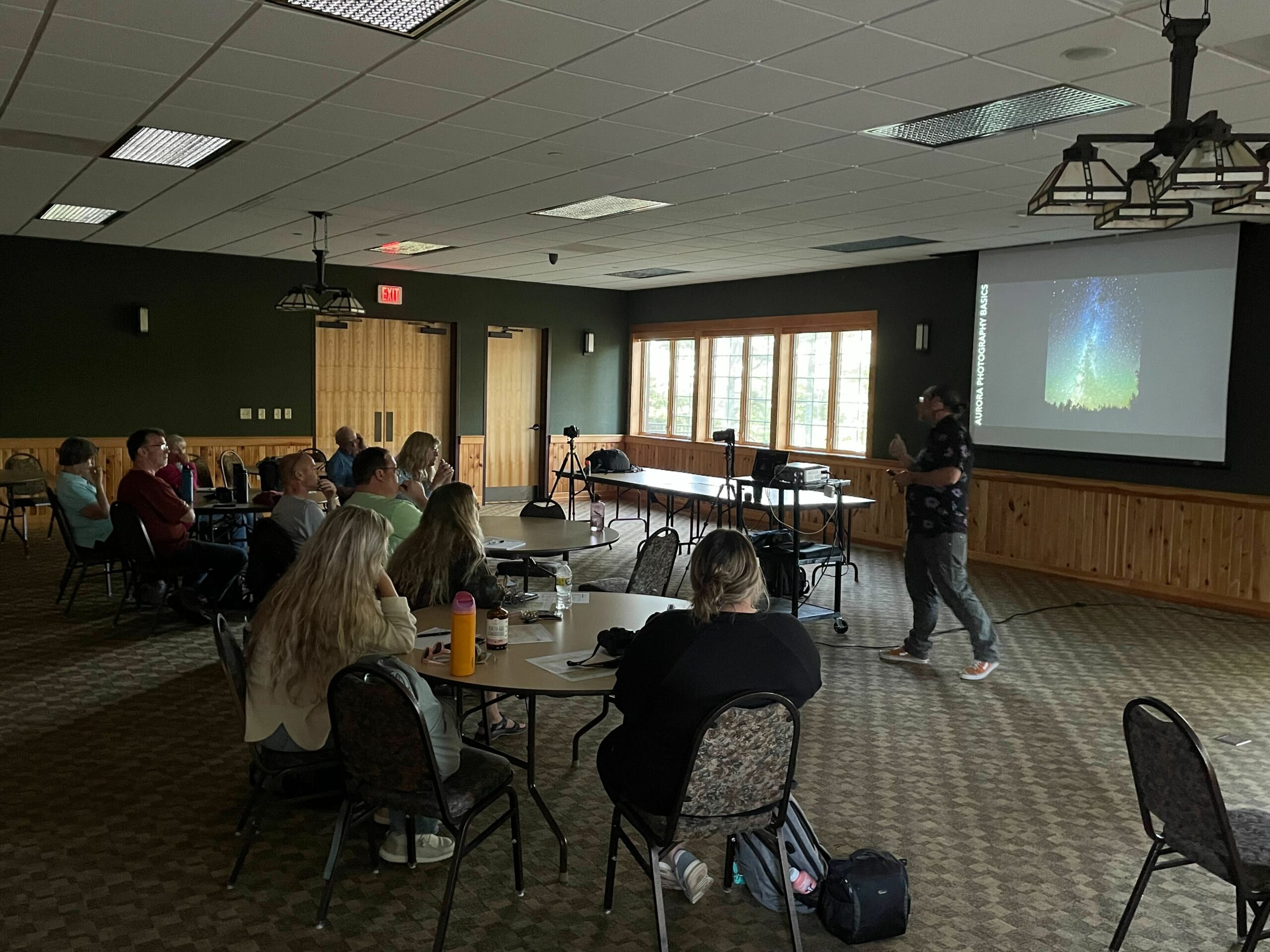 We are in the time of year when the core of the Milky Way is more visible in this region, the primary focus was planned to be about shooting the Milky Way. However, conditions for possible Aurora activity were predicted earlier in the day. So, each of those topics were discussed during the class portion of the workshop. All-in-all, the workshop lasted around two and a half hours, during which time several tips for taking night sky photos were discussed.

The class portion was active and engaging for all the participants. The sky was clear and the group decided to shoot the Milky Way from Bete Grise Beach.

Once we arrived all the participants set up quickly and all started getting great shots right away. 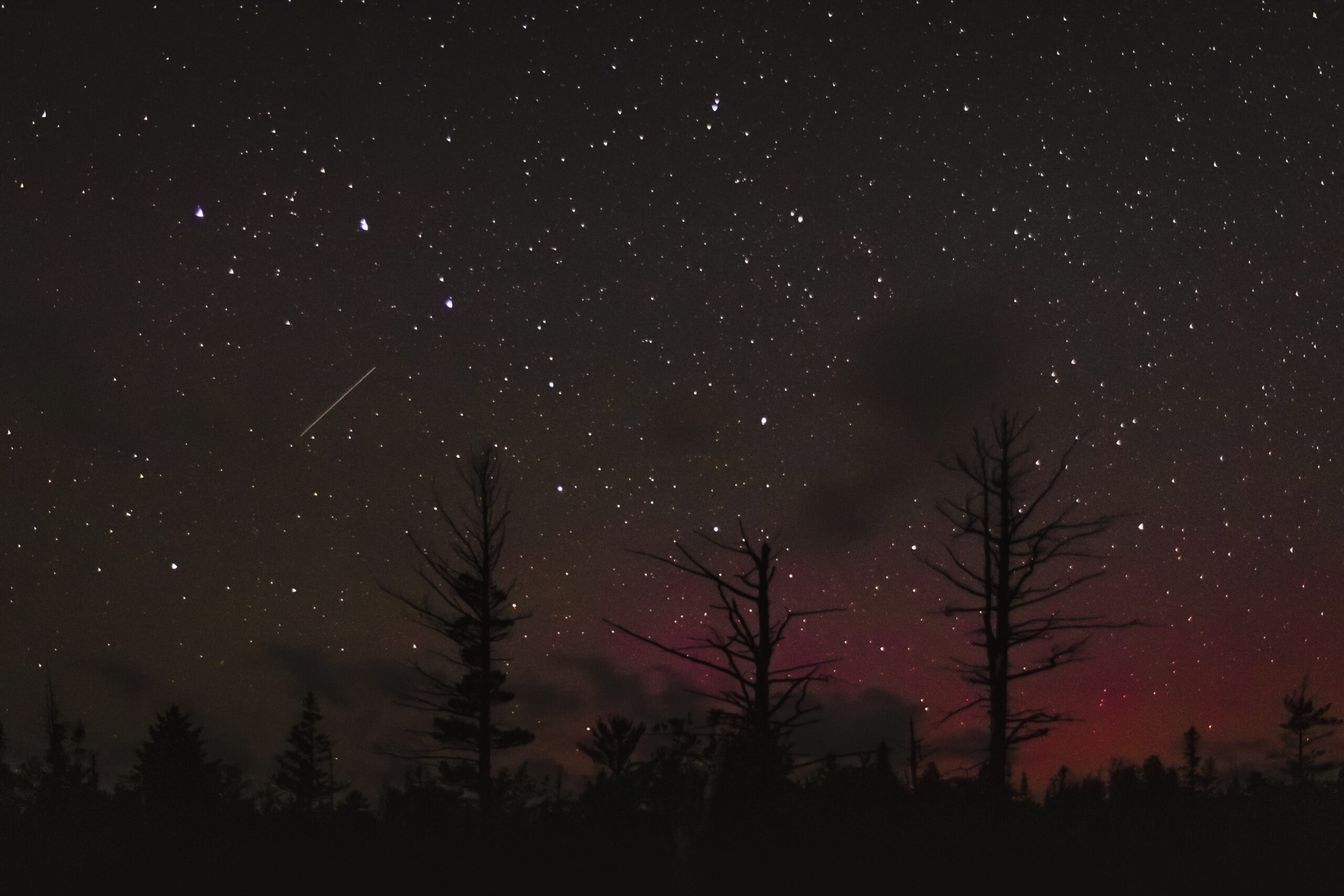 Although it was not visible from the location selected for Milky Way photos, on my way home following the workshop I did notice that the Northern Lights were visible, so I stopped at one of my favorite locations in the Keweenaw to take Aurora photos and was able to take a nice shot of Ursa Major (The Big Dipper), highlighted with the northern lights. The shooting star, likely from the Perseid Meteor shower (which is building in intensity until August 13th of this year), was a lucky bonus in the picture.

It’s nice to know that people can walk away from the Photo Workshops at the Keweenaw Mountain Lodge with the added confidence and technique to capture beautiful images of the night sky, whenever they happen to come upon them.

Since I was a child, nature, wildlife, and the outdoors have always been my deepest fascination – the intrinsic force which drives me. Those interests led me through, both, my career (in wildlife ecology/management and science education) and my preferred forms of recreation (hiking, backpacking, canoeing and kayaking, photography, hunting and fishing, and birding). Although, I was born and raised in the UP, these pursuits also provided me the opportunity to live overseas (in Europe and Asia) for 15 years, which greatly expanded my experience with the outdoors and outdoor recreation in different cultures. So, if you’re interested in anything related to the outdoors, stop by the Lodge (or catch me anywhere you may see me on the grounds) to chat about or get set up for your next outdoor adventure.

The Snowshoe Hare is an event celebrating snowshoeing in the Keweenaw. Please join us on February 4th for a fun and educational day. Snowshoe demos by @iversonseekwilderness will be available. For more information please see our website.

The Keweenaw Mountain Lodge is a historic resort at the top of the Keweenaw focused on outdoor activities, rustic worldly food and education. Join @natebett for an educational evening that discusses camera equipment needed for photographing the night sky and the auroras, the camera settings used, and the best locations for viewing.

Cross-country Ski Trails at the Lodge.

We dialed in the trails today, as the 3 inches of snow on Thursday allowed us to mix the snow layers up and form firm tracks for the weekend skiing activities.

In the Keweenaw — connecting closer to nature.

Check our website for the current conditions of our winter trails, with the web site updated daily.

Out There Loop — one of our cross-country ski trails in the woods of the Keweenaw. Groomed and tracked for winter outdoor fun.

Conditions in the Keweenaw change daily, which is part of a vibrant life. Check our website for the current conditions of our winter trails, with the web site updated daily.

Join us for a guided night time interpretive snowshoe hike this Saturday night, January 7th. This will be our first snowshoe hike of 2023, where we focus on looking up to see the moon and the stars.

Learn more by clicking on the link on our bio and going to our website.