The northern lights photo workshop on Saturday was a success. We had 3 people at the session (limit is 5 persons), along with myself and the instructor, Nate Bett.  All the participants expressed great satisfaction to me afterwards.

For the first half of the class, Nathan Bett shared his techniques in a classroom presentation. The second half of the class we journeyed out onto the ninth fairway and had some hands on learning.

The “class room” portion of the workshop lasted around an hour and a half, during which time several of Nate’s nuggets for taking night sky photos were discussed and he was able to spend some time with participants teaching them about their specific cameras and their settings. 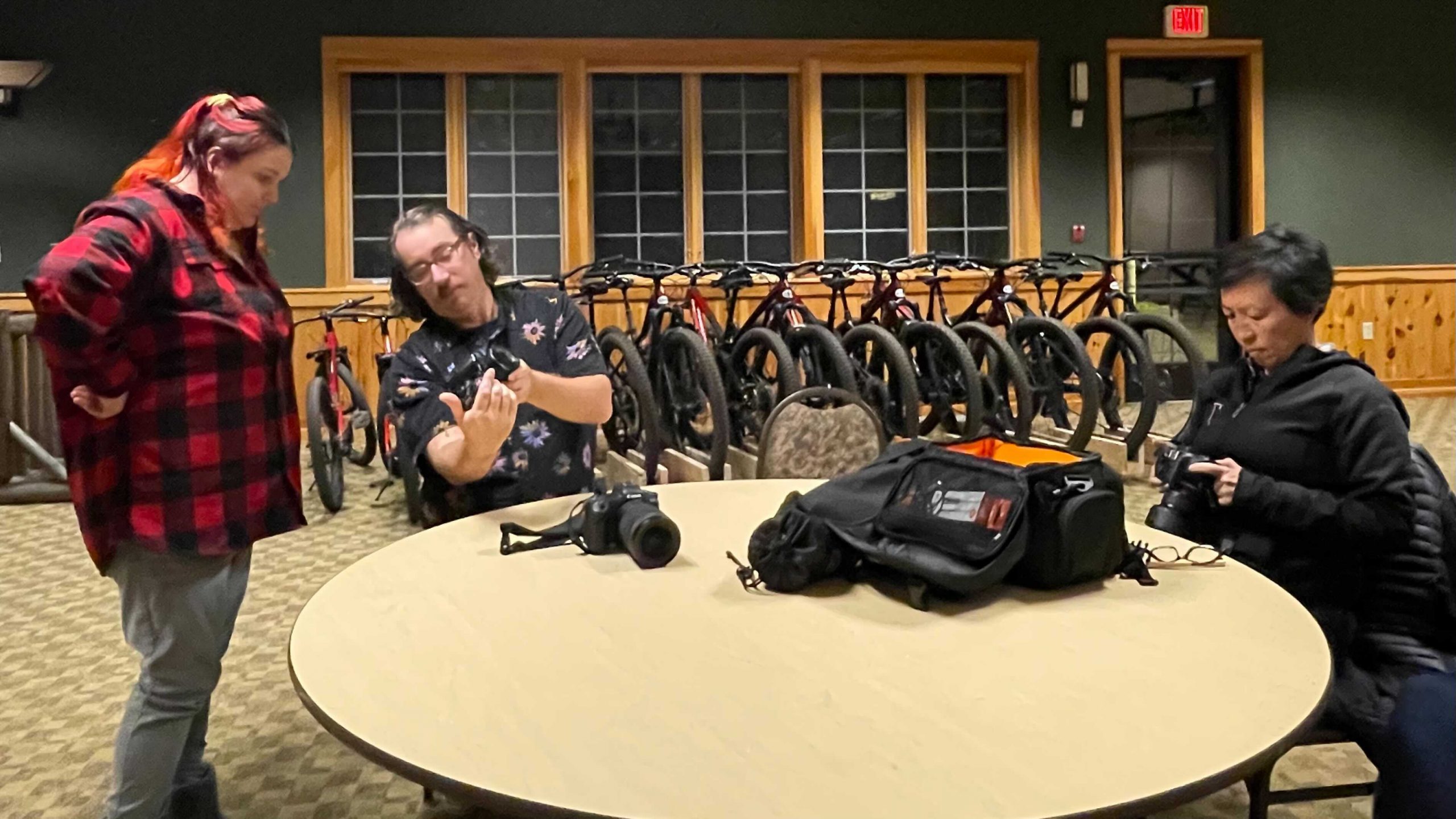 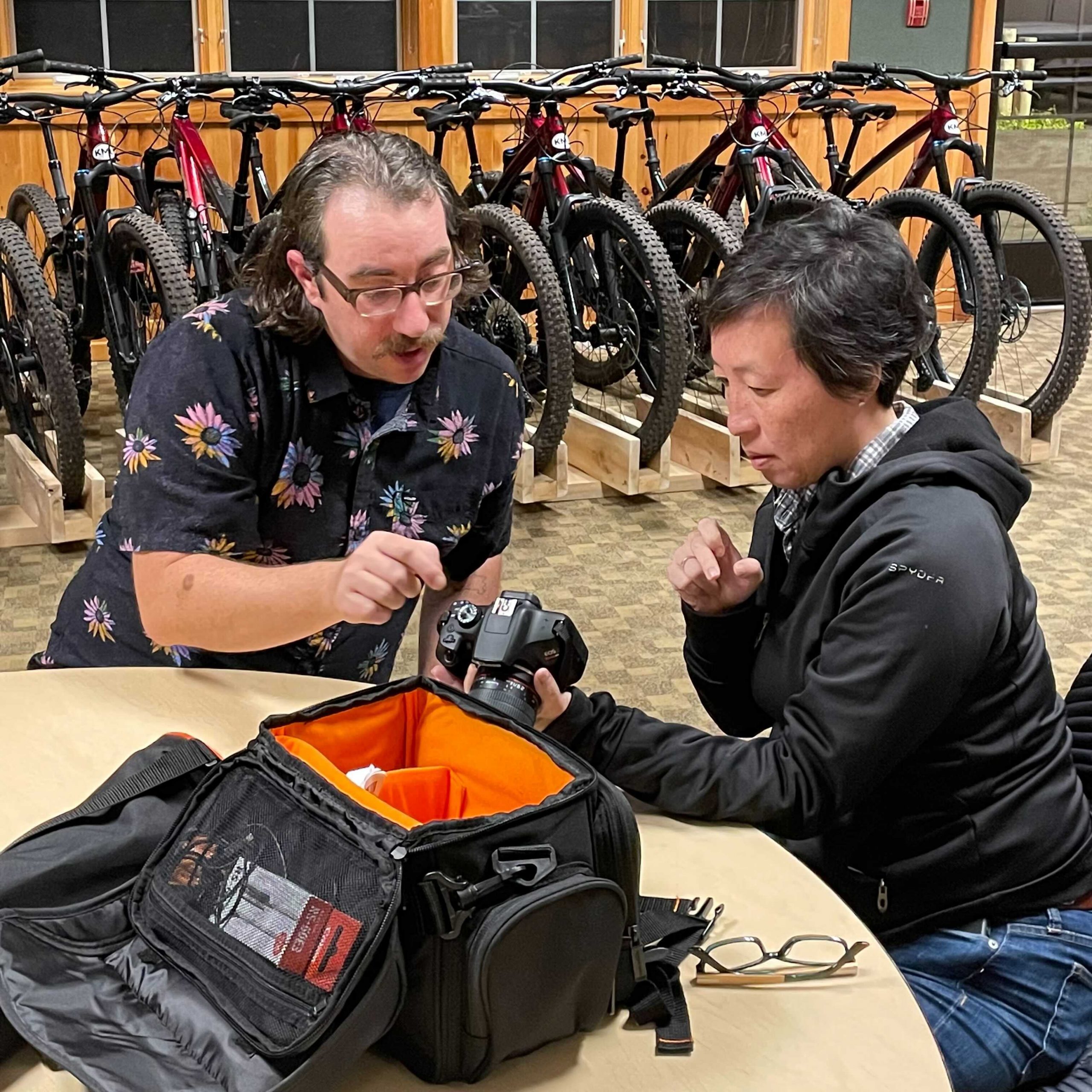 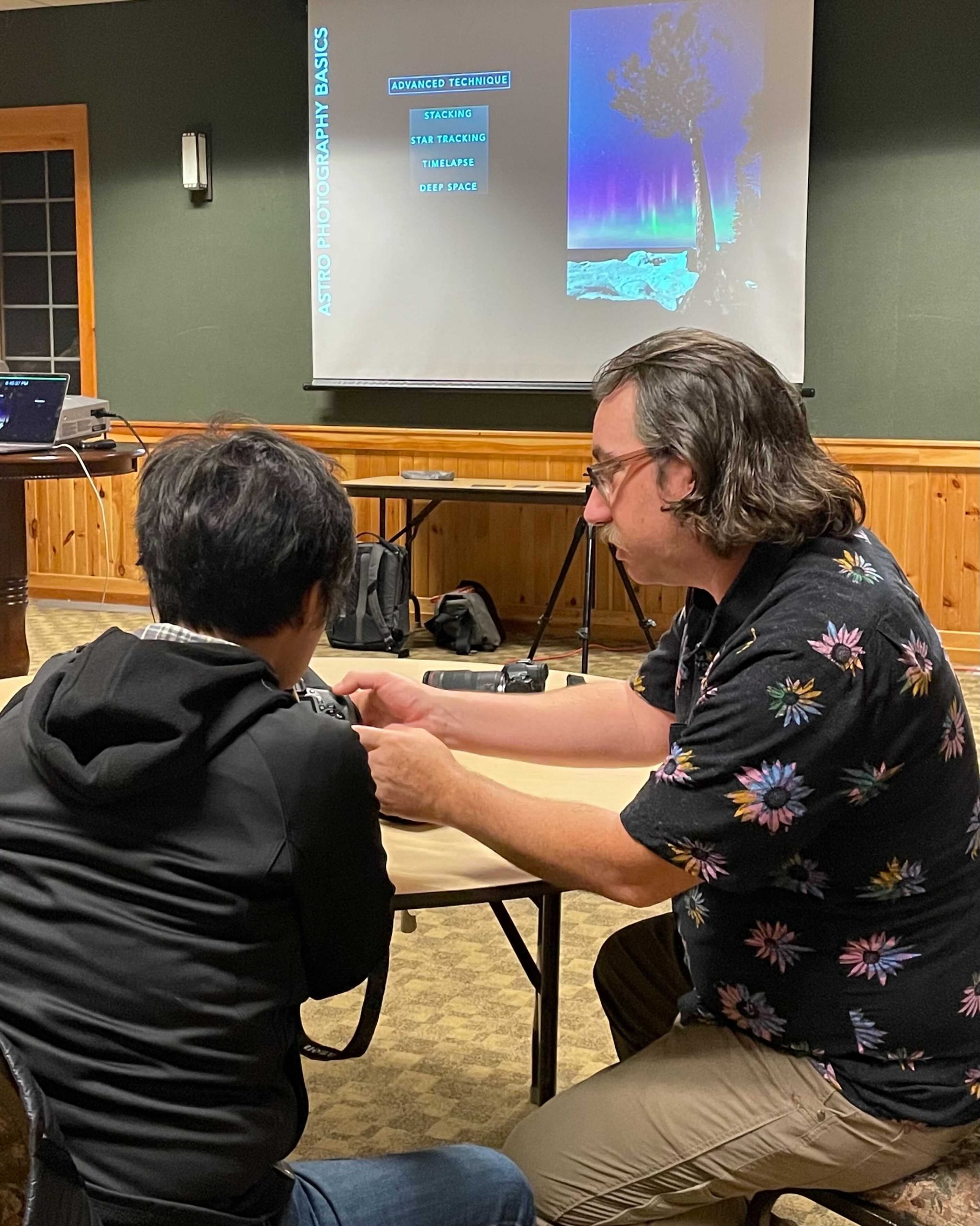 After finishing up the indoor lecture portion of the workshop, we journeyed to Hunters Point, in Copper Harbor, with our cameras for some hands-on learning.

We were fortunate to have the clouds clear and Nate was able to show the photographers that if the atmospheric conditions warrant it, even with lower KPI values, the sensors of the cameras could pick up Aurora glow. He also demonstrated light painting, during which one of the photographers caught a beautiful bright shooting star. We were out on site until 10:30 pm and participants were still eager for taking more pics. 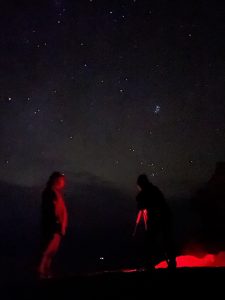 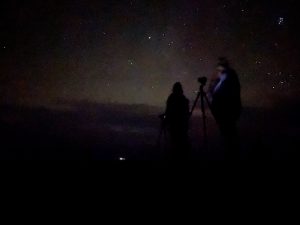 Our next Northern Lights Photo Workshop will be held December 4th.  Please contact the Keweenaw Mountain Lodge, Outdoor Activity Center or Events Department for more details and to reserve your space. 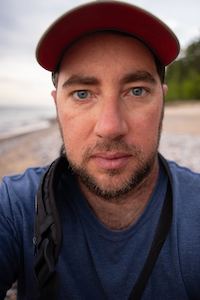 About the Instructor: Nate Bett

Nathan Bett is a photographer and educator in Hancock Michigan. Although originally from Marquette, Michigan, Nathan recently relocated to Hancock from New York City, where he taught at the City University Of New York, and represented a major camera manufacturer as a technical specialist in photography. He now spends his time indulging in the over abundance of natural beauty in his native UP and spending excesses of time outdoors with his family. Nathan maintains a passion for photography and the outdoors that he delights in sharing with students. His work can be viewed at nathanbett.com and @natebett and @artmonstermedia on Instagram. 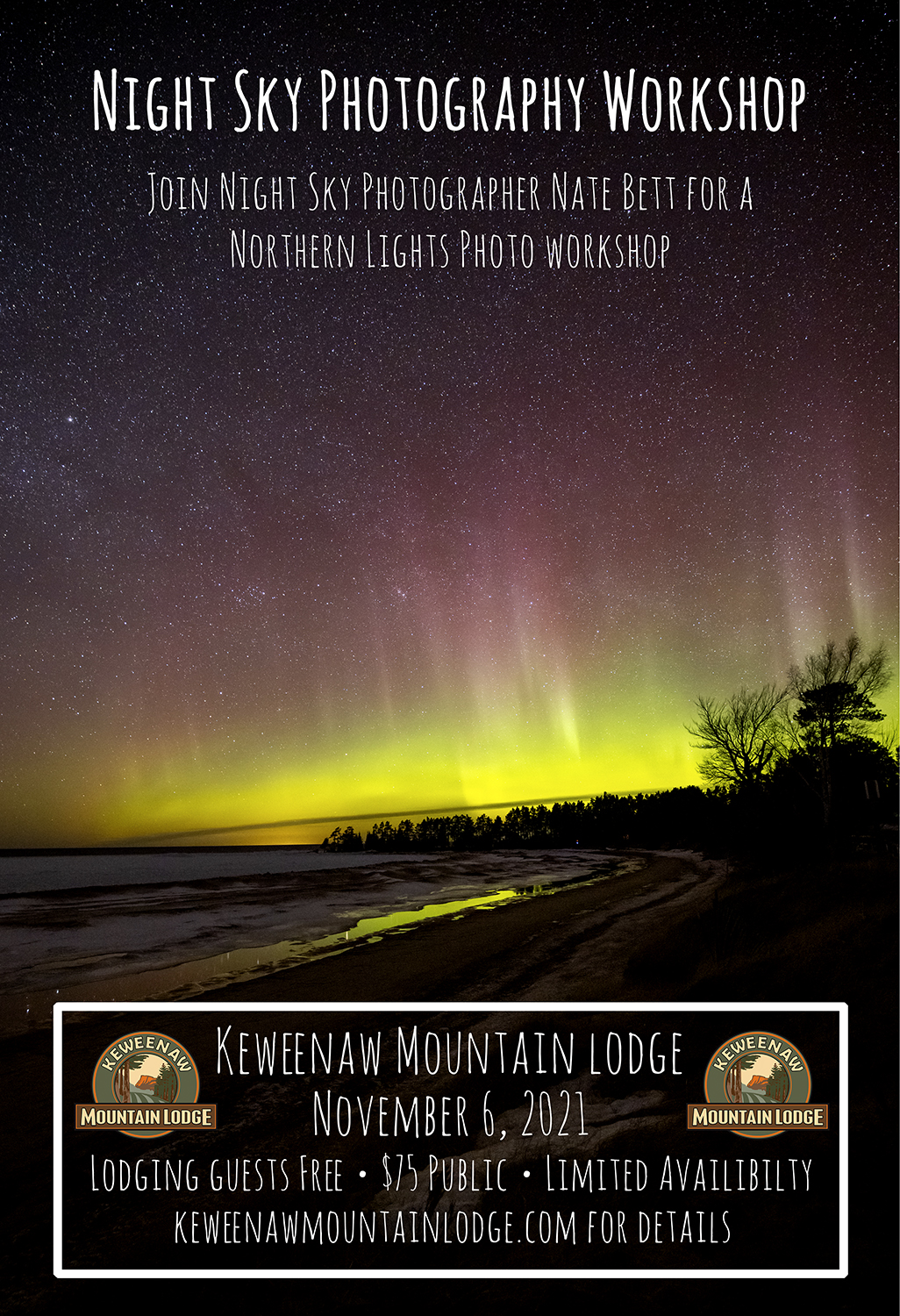 Wishing everyone a Happy 4th of July. While you look U.P. in the sky and see fireworks tonight, maybe you will also see the Big Dipper and the Northern Lights.

This photo of the Big Dipper and the Northern Lights was taken from Brockway Mountain earlier this morning by Keweenaw Mountain Lodge guest, 11-year old Isabella Bocci, on her iPhone.

The Keweenaw Dark Sky Park has many areas across the peninsula for night sky viewing. To learn more about stargazing at the Lodge and across the Keweenaw, see our stargazing page on our website:

Last night was a beautifully clear night to see both the Milky Way and the Northern Lights. The Keweenaw Dark Sky Park (@keweenawdarksky ) has many areas across the peninsula for night sky viewing. This image was taken by the Keweenaw Mountain Lodge’s Outdoor Activity director @chrisguibert_photography To learn more about stargazing at the Lodge please see our stargazing page on our website:

The Keweenaw Mountain Lodge and @revolve_mtb Coaching will partner to host a weekend mountain bike instructional clinic on July 16 and 17, 2022. This clinic will focus on mountain bike fundamentals and is designed for beginners or intermediates looking for a refresher on core skills. Participants have the choice to either do a one day or two day option. This curriculum is designed for adults, participants 16 must be years old. Women, men or couples are all encouraged to sign up.

To find out more information about this clinic please see our website:

Or email Chris in the OAC (Outdoor Activity Center) at chris@keweenawresort.com

A summer storm quickly passes over the golf course. To follow the weather at the tip of the Keweenaw please visit the Keweenaw Mountain Lodge website for access to our weather station and webcams.

Learn more via the link in our bio.

Bike | Golf | Hike the top of the Keweenaw. Get outside, find Brockway Mountain, connect with nature, find your outdoor activity center.