The winter season of 2020-2021 started a new chapter in the Keweenaw Mountain Lodge history book. For the first time in nearly a decade, and only the 3rd time since it opened in 1934, the Lodge and restaurant were open to the public and the cabins were available for rent (the golf course-side cabins). The restaurant continued with their rustic worldly food concept that consists of an ever changing weekly menu. The grand fireplaces were lit and a warm atmosphere was waiting for the guests upon arrival.

One of the biggest attractions for the Lodge this winter was the reopening of the cross country ski trails and designing a dedicated snowshoe route. This process began in October with a meeting with Steve Rowe, the original designer of the cross country ski trails (in 2007). With his blessing and encouragement we began trimming and chainsawing; cleaning up 10 years of unmaintained growth.

We kept the original trail names and purchased new trail signs. The next step was to GPS the routes and create a map and label them with color coded markers.

Acquiring grooming equipment felt like a Yooper scavenger hunt. We purchased a 2017 Gator from Northland Sports in Lake Linden and removed the wheels and put on winter tracks. We found a used Ginzu Trail groomer and roller at ABR Sports in Ironwood. ABR’s Eric Anderson consulted on the gear purchase and instructed us on some grooming techniques.

Now we just needed enough snow to start grooming. It was no’t until late December that we had enough snow to open the trails. People were excited to see the rebirth of winter sports at the Lodge. Lodging guests, destination skiers, and winter enthusiasts from across the region came to use the trails. We decided early on that the trails would be free for the public to use, and all that we required was for a liability waiver to be signed inside the Outdoor Activity Center (OAC).

One of the big decisions was where to locate the OAC for the winter. Last summer the OAC was located in the building next to the tee box on hole one of the golf course (formerly called the Pro Shop). We decided to move the winter OAC into the conference room in the back of the Lodge. This would keep the staff and guests all under one roof. We also began stoking an outside fire pit for guests to warm up, have a place to connect and to sit for lunch. 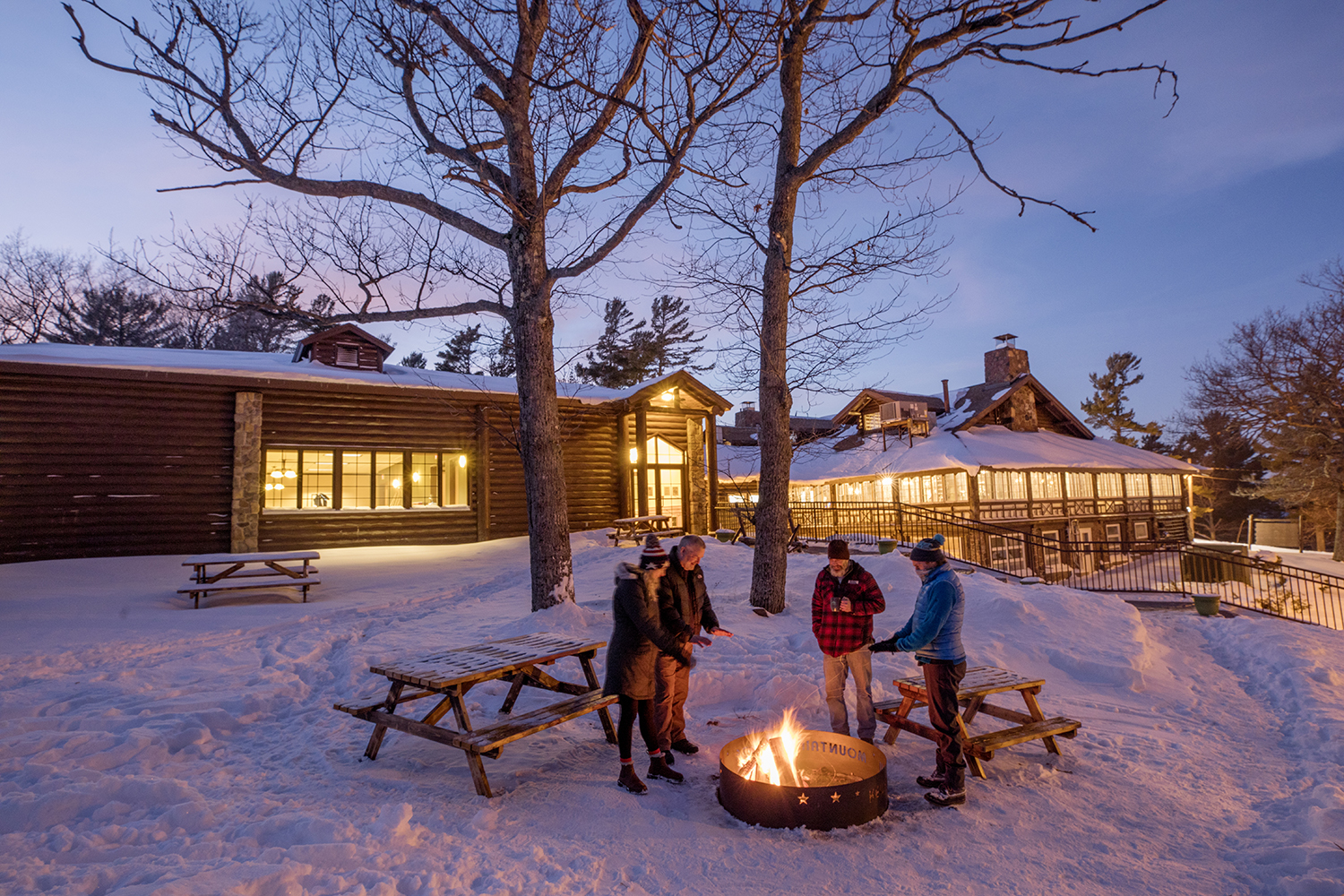 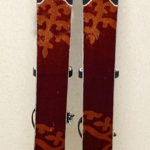 The OAC ordered 20 pairs of Tubbs snowshoes in multiple sizes as an amenity for our lodging guests to use. These along with Altai skis were available for anyone to rent. Altai skis have been around for about ten years and they have recently surged in popularity.  These short, 125mm skis with a permanent skin on the bottom proved to be an ideal way for guests of all ages to explore the grounds around the Lodge. 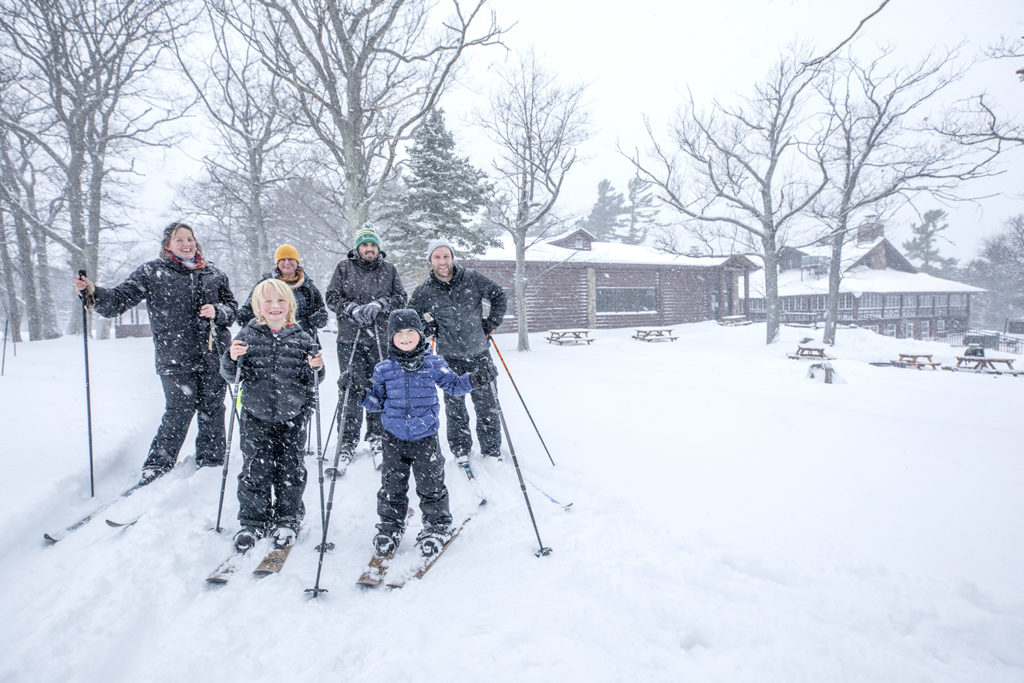 We experienced a low snowfall during January. In fact, Keweenaw County set a new low record for January, at 35.1 inches. To lighten the mood, we performed and posted a Heikki Lunta snow dance video to our Facebook page and to our surprise the video was viewed over 9,000 times. Still no snow, but on January 15th our luck changed and the snow began, we received over 30 inches in the next twelve days. The next big system came on February 4th and started a long lake effect snow cycle.  An arctic blast moved in and temperatures dropped below zero. 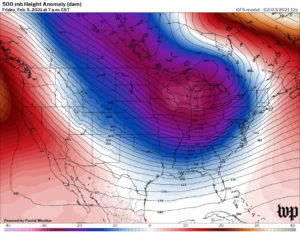 This low pressure system dumped 20” in the first 72 hours and then snowed every day for two weeks, blanketing the property with close to 80 inches of white powder. A winter wonderland was born and our newly formed snow grooming skills were put to the test. Trail grooming was happening around the clock.

During February hundreds of trail users explored the cross country trails and the snowshoe trail. Mount Bohemia was open and the snow chasers descended upon the Keweenaw. 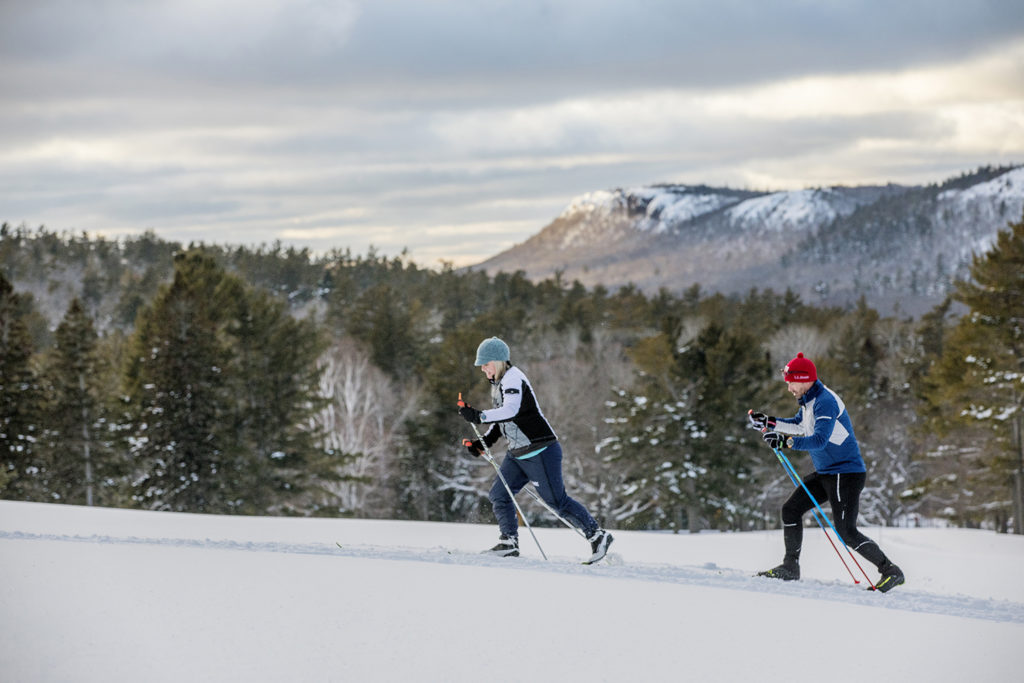 On February 27th we held our first winter event called Dawg Daze. This was a fundraiser for the Copper Country Humane Society. Dawg Daze had two events: The Perimeter Dog Derby and Costume Contest. 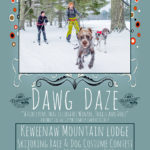 The Perimeter Dog Derby was a 2.1 km time trial around the Perimeter Loop. The one rule was that you and your dog had to be attached and get around the loop together. Eleven teams (one dog and one human) made their way around the loop, times ranged from seven minutes and eleven seconds to fifteen minutes and fifty eight seconds. Costumes were worn by many and the well seasoned team of Christine and Lolo won top honors. The Costume contest was judged by three residents, Zoe, Ava and Kate. Bella and her dog mom took home top honors dressed in a Mardi Gras ensemble. $145 dollars was raised along with multiple donations of food and blankets. Overall it was a fun day and the start of a new tradition at the Lodge.

On March 1st the Lodge was featured on the Discovering show that has been airing on NBC TV6 out of Marquette for three decades. We took host Kristin Ojaniemi on an Altai ski tour which exposed thousands of people to the Lodge and the skis. There was a surge in guests visits and Altai ski rentals for the next few weeks. March was another low snow month with less than ten inches of new snow falling on the grounds. There were many warm spells that caused some issues with grooming especially with the melt and refreeze cycle. Still, people were eager to get outside and enjoy the trails. Towards the end of the month a hard rain and warming spell really accelerated the melt down. By early April the snow on the trails was patchy at best. We officially closed the trails April 7th.

The winter season of 2021 was not without its challenges. The Covid pandemic was still surging and businesses were under strict state regulations limiting indoor dining and gatherings. It was a low snow year with Keweenaw County only recording 178.4 inches well below last year’s total of 280.1 inches. However, the surge of people enjoying the outdoors was immense. Mount Bohemia sold over fourteen thousand season passes more than any other season of its twenty year history. The OAC had close to 600 people sign waivers to use the trail system in just three months. The Lodge remained continuously open for the winter season for the first time in a decade and one of the few years ever in its eighty plus year history.

All of us at the OAC would agree that the most rewarding part of this winter was seeing the smiles on the faces of people as they experienced the Lodge and the surrounding forest with their family and friends. 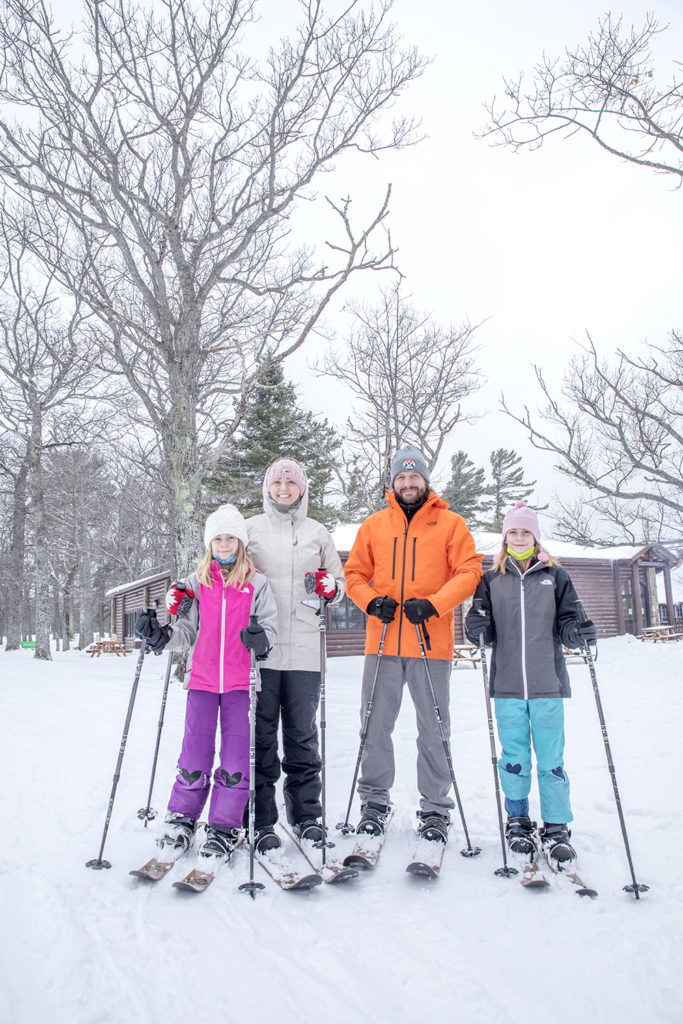 This image of last night’s moon rise is just a warm up for tonight’s supermoon, and also a blood moon — thanks to a lunar eclipse.

According to NASA, a blood moon occurs during a total lunar eclipse, when the Earth is positioned directly between the moon and the sun, hiding the moon from sunlight.

Tonight on the Keweenaw the moon rises at 9:30pm (as the sun sets) in the SE. The moon will then enter the earth’s umbra shadow about 10:30pm. Then the total lunar eclipse will start an hour later at 11:29 p.m. Expect the moon to be the bathed in the reflected red and orange hues of Earth’s sunsets and sunrises for about 1 1/2 hours, one of the longest totalities of the decade.

There are two more weeks until the Back 9 Endurance Run at the @keweenawmtnlodge . This is a 12- or 24-hour run...your choice. The goal is really to complete as many loops of the 3.5-ish mile course as you want (or can) in the given amount of time. If you haven't signed up yet, be sure to visit back9endurancerun.com to learn more about the run and follow the registration links to sign up. The registration deadline is May 25 at 11:59pm.

Rustic Worldly Food: Authentically simple quality food from around the world, offered in a rustic environment in the north woods of Michigan. Our menu changes weekly please join us Thursday night, Friday night, or Saturday night (May 12, 13 and 14). Reservations are required.

Turkey-bourbon Sloppy Joe [ Southern American-influence ] Ground turkey with in-house barbecue sauce with cheese. Served with scalloped potatoes and a side of Southern-style green beans, flavored with garlic, bacon, and seasoning.

Pulled Pork Tacos [ Mexican-influence ] Pulled pork with cheese and coleslaw on tortillas. Served with a side of Southern-style green beans, flavored with garlic, bacon, and seasoning; and a side of Mexican rice.

Meatloaf and Buffalo Sausage [ Worldly-influence ] Meatloaf stuffed with red wine-buffalo smoked sausage, duxelle mushrooms and cooked in a tomato red wine sauce. Served with scalloped potatoes and a side of roasted root vegetables.

This morning the Lodge was engulfed in fog. We start to see fog this time of year as the Keweenaw land mass heats up and Lake Superior water temperature remains very cool. You can watch the fog roll up the 500 vertical feet from Lake Superior (elevation 602’) to the Lodge (elevation of 1,110’). To follow the Lodge’s weather, check the weather station on our website:

What a difference a week makes. After having up to 2 feet of snow on the greens last weekend, we are now seeing turf on the greens this weekend. We created Xs on the greens last weekend to help expose the turf to the sun. Mother Nature then helped out with 50 degree weather and sunshine. This gave us the ability to do a “walk around” to assess the condition of the golf course, and see how it hibernated under the snow this past winter.

Rustic Worldly Food: Authentically simple quality food from around the world, offered in a rustic environment in the north woods of Michigan. Our menu changes weekly please join us Thursday night, Friday night, or Saturday night (May 5, 6 and 7) Reservations are required.

Do not forget to look at our special Mother’s Day lunch menu. We are open on Sunday from 12p-3p with reservations required.

Pesto, Prosciutto Rolled Pork Loin [ Italian-influence ] Pork Loin roulade with a filling of pesto, prosciutto and cheese. Served with scalloped potatoes and a side of roasted root vegetables.

Meatloaf and Buffalo Sausage [ Worldly-influence ] Meatloaf stuffed with red wine-buffalo smoked sausage, duxelle mushrooms and cooked in a tomato red wine sauce. Served with scalloped potatoes and a side of roasted root vegetables