The Lodge was built under the Works Progress Administration (WPA) in 1934. 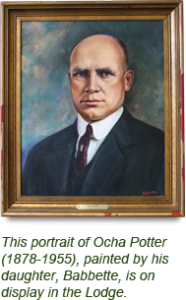 Our story starts in October of 1929 due to the crash of the stock market which contributed to local decline of the local mining industry profits. On September 12, 1932, the mining companies announced that they were permanently suspending all mining activities. Most of the mining companies operated in Keweenaw County, and as a result, up to 1,000 families found themselves without work or money. The state emergency welfare relief commission in Lansing reported a 75.2% unemployment rate in Keweenaw County at that time.

The Depression-era road projects started with hopes of creating work for individuals in the country, including Keweenaw county residents. President Roosevelt and his staff created the Federal Emergency Relief Administration (FERA), which gave states and local government financial assistance to assist with the unemployment in the country.

Focused on projects from FERA, three board members of the Keweenaw County Road Commission developed a plan to put Keweenaw County’s unemployed back to work by constructing roads and Brockway Mountain Drive. In October 1933, the Road Commission commissioners reviewed several areas to build what was then known as the Keweenaw Park & Golf Course project. 167 acres was given to the county by the Keweenaw Copper Company (the land was initially owned by the Aetna Mining Company, which is a company that Keweenaw Copper Company purchased in 1905). The giving of this land came with the condition that a 9-hole golf course would be constructed and the park would be open to the people of Keweenaw County.

Construction started in 1933 under the guidance of architect Ocha Potter and a crew of 124 men. One team of horses was also used to assist with the hauling of trees to be used as logs for the construction of what is now the present-day Keweenaw Mountain Lodge building (originally called the clubhouse) and the cabins. 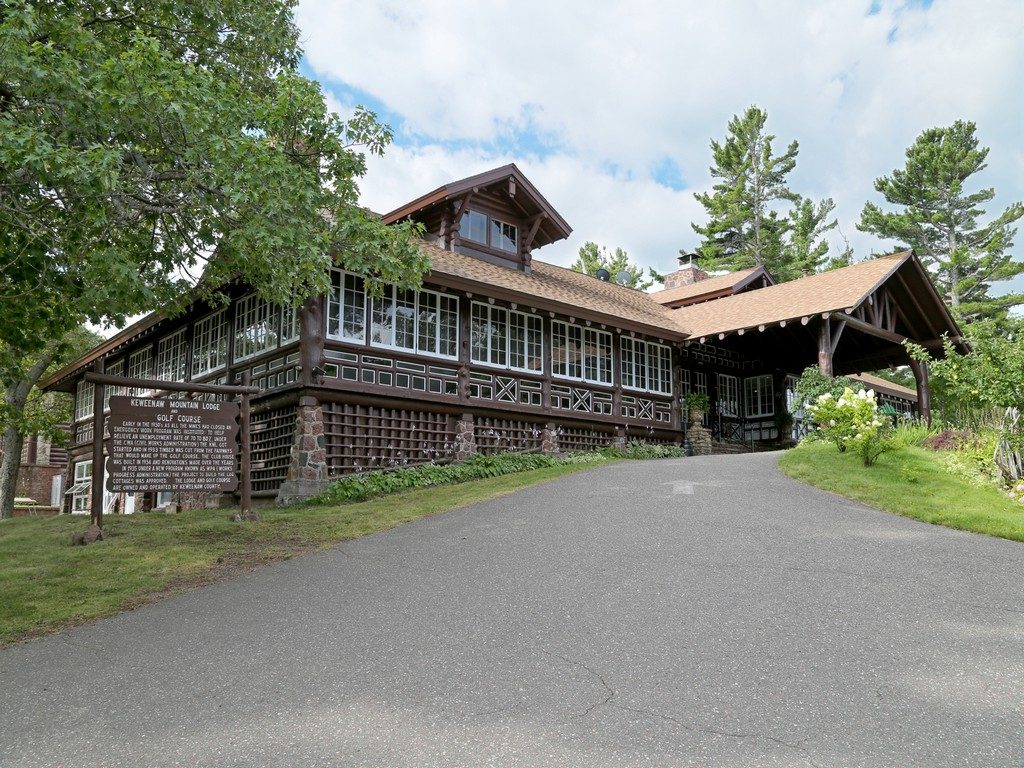 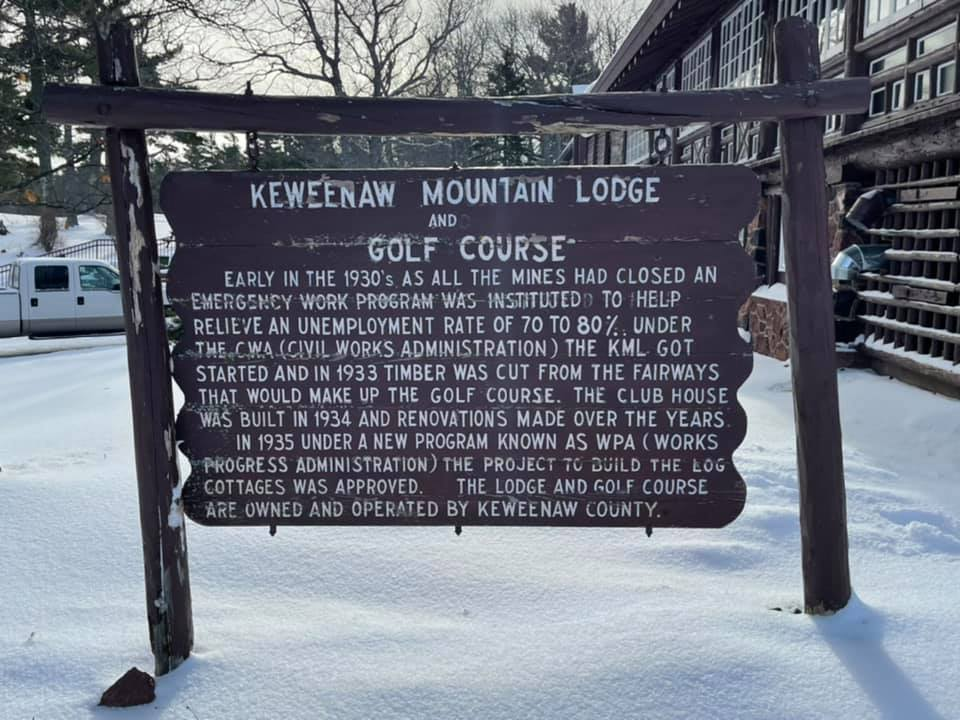 When you are at the Lodge, there is a self-guided Lodge building walking tour and a Lodge property walking tour. Below are links to the electronic versions of the booklets for these two walking tours. 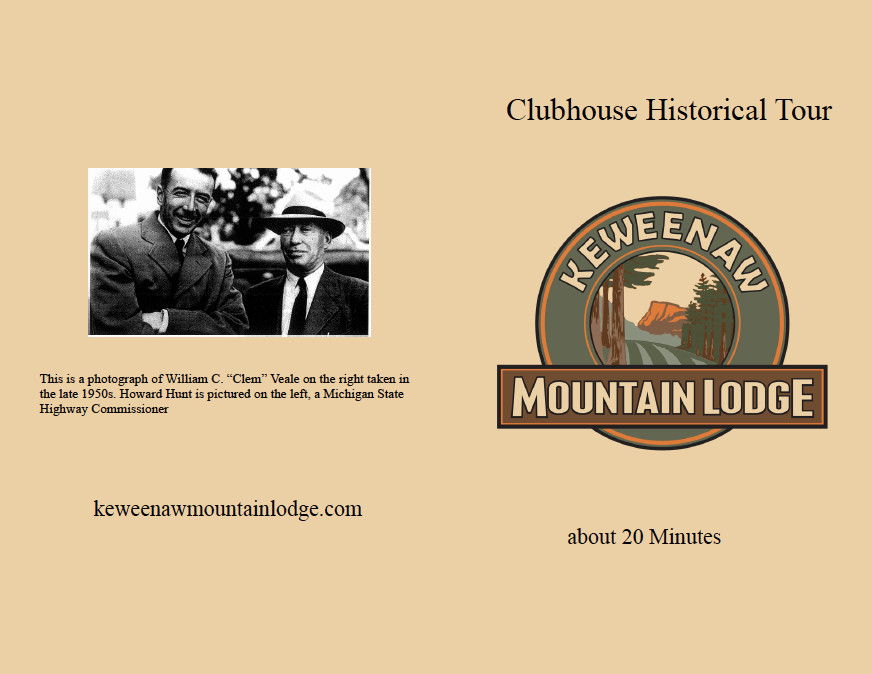 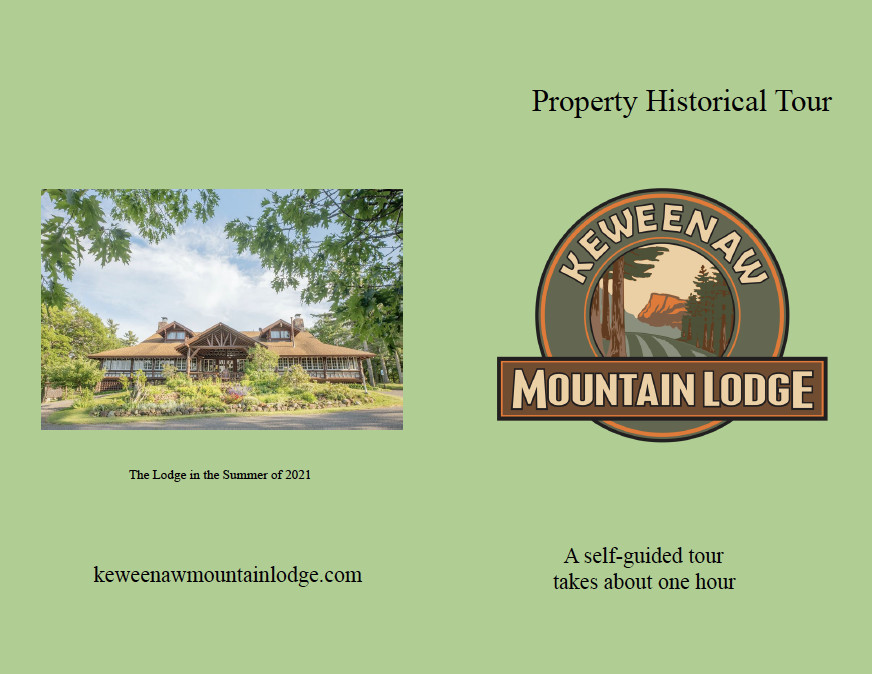